I blogged about the Green Up Film Festival last month. Just so you know, the 10 films have been chosen and you can stream them online for free now. The 10 films are: 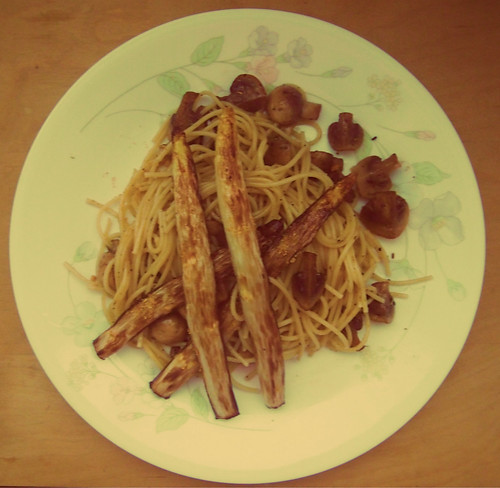 “I woke up one day last week and listened to Farming Today. Big mistake. It was all about mass death and suffering. Gassing and shooting badgers first, then chicken farming. Comparatively happy, free-range chickens, mind you, but they still sounded horribly cramped to me. And some are corn-fed, so that in the shops, I heard, their skins are a lovely golden colour. Attractive corpses. But at least not battery ones. I have just read all about them in Chickens’ Lib, by Clare Druce – worse torture on a grand scale. And now the House of Lords EU Committee tells us 15m tonnes of food is wasted in the UK every year, so squillions of those poor chickens went through hell for nothing.”

” I long for a strict nanny state, to bring back rationing, so no one would be allowed to over-stuff themselves with great slabs of meat daily, or waste their crusts or peelings, reject twirly cucumbers or knobbly fruit and veg. A time when you couldn’t bulk-buy cheap meat, produce crap food with it, and sell it every few yards along every high street, and outside every school, until loads of us are waddling about, obese and poorly, or malnourished, while others are swanning into Heston Blumenthal restaurants to eat “meat fruit” (c 1500) which is mandarin, chicken liver & foie gras parfait or “rice & flesh” (c 1390) which is made with saffron, calf tail & red wine.”

Not such a ludicrous idea, hmm?