Yesterday I read an interesting article by the Open Permaculture School on how the principles of permaculture can be applied to other areas of our lives, such as in human communities and social groups. The basis of permaculture design is that action within or upon a system should benefit the system as a whole. If we look at social communities as a system, it’s easy to see how the same principles applied to permaculture can be applied to different areas of our society as well. Wouldn’t it be good if we shape our communities, economics and political systems such that everyone is part of the system and every action upon said system should benefit everyone?

The article (link at the bottom of this post) listed seven principles that we can learn from:

Embrace diversity
A diversity of crops, microclimates, animals, etc. is encouraged on any permaculture plot. This is because they all bring different things to the table, or soil so to speak. This reminds me of the following image:

Respond creatively to change
Do not resist change. Instead, see it as a possibility for improvement.

Devolve control
Create a self-managed system by getting every member involved and fostering a sense of belonging with the power to influence.

Cooperation
With diversity in a system, it is only natural that different members have different skills and strengths. The idea is to harness these different strengths to benefit the community as a whole. It’s like the Three Sisters concept of planting three crops together (e.g. beans, corn and pumpkin). Corn provides a structure for the beans to climb, the beans fix nitrogen into the soil and the pumpkin is a cover crop that protects the soil from the sun, retains moisture in the soil and prevents weeds from growing.

Uses edges (?)
Stop compartmentalising! Encourage interaction so that ideas can flow and blend.

Self regulate
Constant observation is important, because there are many external factors that may affect the system. Keep our eyes and ears open to feedback and be ready to act upon them.

You can read the full article here.

Language innovation and more importantly, wilful ignorance. The speaker is an actress, but the message is real.

Tagged along for a workshop on food growing and organic farming this morning, and I learned so much. It’s amazing how much knowledge one can gain from a short chat with The Boss. I tasted stevia today and was surprised by the sweetness of its leaves. Nature is beautiful. 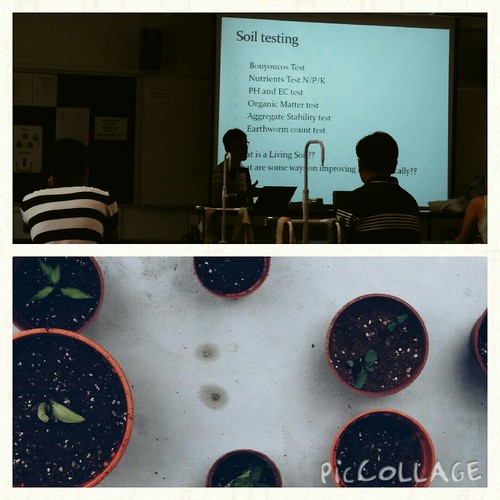 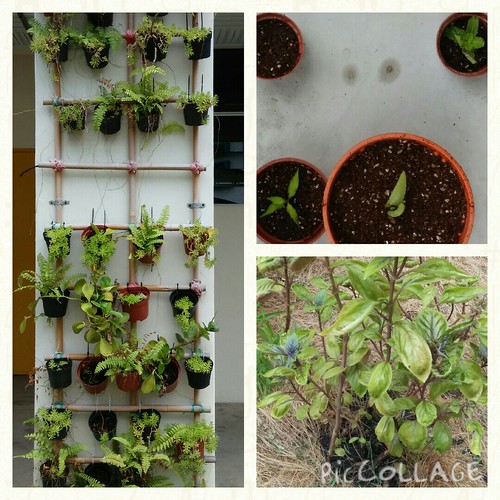 I have been volunteering with a local urban farming group and I’ve worked on two rooftop gardens so far. It’s a steep learning curve, but I’m having a fantastic time. It’s great to be working with people who also dream of having their own farms and don’t need any explanations when it comes to words like WWOOFing, permaculture, compost and mulch. They’re a lovely bunch of people to work with and it’s so fulfilling to see our final products. I’ve gained a new tan (again) and hopefully a bit more muscles. 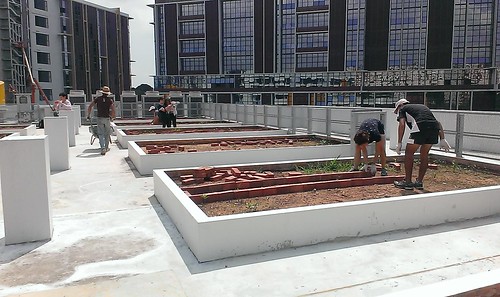 I blogged about the Green Up Film Festival last month. Just so you know, the 10 films have been chosen and you can stream them online for free now. The 10 films are:

I sometimes find it hard to explain to the people around me how what we eat and how we live are affecting the environment. Once, in French class, we were discussing climate change and there were several statements in the textbook on how certain actions lead to certain consequences. We took turns to speak about whether we agree or disagree with the statements. Then, one of my classmates said very softly to himself, “Hmm…how does that affect the environment?” At that moment, I wanted to jump up and share everything I knew with him! Unfortunately, my French teacher was already talking about the next exercise…

That’s why I think film is a fantastic way to share knowledge! Let someone else do the talking. The audience is engaged and everything is laid out in a systematic manner, with visuals and explanations along the way. The Green Up Film Festival is offering free documentaries about energy, economy, water, food/agriculture, biodiversity and waste/pollution. These documentaries will be available for free streaming on their website from 16 to 30 April 2014. There are currently 15 documentary trailers on their website, and we get to vote which ones we want to see. The 10 documentaries with the highest votes will then be made available for free. How brilliant is that?!

There are some documentaries which I’ve been meaning to watch, but don’t have access to and this is a great opportunity for me to finally watch them. These are some that caught my eye:

Nos enfants nous accuseront
For the first time ever, our children are growing up less healthy than we are. As the rate of cancer, infertility and other illnesses linked to environmental factors climbs ever upward each year, we must ask ourselves: why is this happening? Our Children will accuse us begins with a visit to a small village in France, where the town’s mayor has decided to make the school lunch menu organic and locally grown. It then talks to a wide variety of people with differing perspectives to find common ground – children, parents, teachers, health care workers, farmers, elected officials, scientists, researchers and the victims of illnesses themselves.
Revealed in these moving and often surprising conversations are the abuses of the food industry, the competing interests of agribusiness and public health, the challenges and rewards of safe food production, and the practical solutions that we can all take part in. [Synopsis taken from the festival website]

Bag It!
Americans use 60,000 plastic bags every five minutes, disposable bags that they throw away without much thought. But where is “away?” Where do the bags and other plastics end up, and at what cost to the environment, marine life and human health?

When Jeb finds out he and his partner are expecting a child, his plastic odyssey becomes a truly personal one. How can they protect their baby from plastic’s pervasive health effects? Jeb looks beyond plastic bags and discovers that virtually everything in modern society — from baby bottles, to sports equipment, to dental sealants, to personal care products — is made with plastic or contains potentially harmful chemical additives used in the plastic-making process. Two of the most common of these additives, “endocrine disruptors” Bisphenol A (BPA) and phthalates, show links to cancer, diabetes, autism, attention deficit disorder, obesity, infertility, and even smaller penis size. As adults, we make all kinds of choices of convenience: single-serve bottles, small units of food, household items, and bath and beauty products. These products are both made with and come packaged in plastic.

As a consequence of our modern day culture, we have become addicted to plastics, and they have quietly infiltrated every aspect of our lives. Even our children (especially during in utero development) have unwittingly and alarmingly become our modern day lab rats.

Bag It makes it clear that it is time for a paradigm shift. Join Jeb as he meets with people who fought the American Chemistry Council lobby that spent more than a million dollars fighting the Seattle bag fee; as he interviews a man sailing the Pacific in a boat made of plastic to raise awareness about our ocean’s health; as he gets tested to determine the levels of chemicals in his own body; and as he welcomes his baby into the world, a world he hopes we can leave with a little less plastic and in a little better shape for the next generation. [Synopsis taken from the festival website]

Global Waste
One billion people around the globe are chronically malnourished, yet one-third of the planet’s food production is going to waste. Every year, the United States wastes twice the amount of food needed to feed its population. In Western countries, farmers, agro-industrialists, supermarkets and consumers throw out enough food to feed the world’s undernourished inhabitants seven times over.

Forests are being destroyed. The production of food that will never be eaten is responsible for nearly one-tenth of the greenhouse gases emitted in the West. While wealthy countries negligently waste food, developing countries are watching their crops spoil because farmers don’t have the tools to treat, conserve or get them to market.

But public awareness of the problem is growing. Surprisingly simple solutions could resolve what has become one of the most pressing environmental and social dilemmas facing the world today.

We look at fruit, vegetables, bread, meats, fish, grains and ready-made meals, travelling from Europe to Costa Rica, with stops in Pakistan, the United States and Japan. Viewers are introduced to the key players in this infernal food system: producers, industrialists, distributors and consumers. We see distressing examples of waste, but also inspiring innovations and solutions for making the most of the food we produce.

Our modern lifestyle has created a global food crisis and we have now look at things that can be done to resolve it. [Synopsis taken from the festival website]

**Most of the films are in French, but some are available with English subtitles and Bag It! and The Well are in English. So hurry, vote so we can watch and share these documentaries for free!

This week, I’m on a mission to minimalise. Get rid of clutter. Give away things I have too many of. Clothes, books, bags. material things that I don’t actually need. And then stop buying them. I’m going back to the basics.